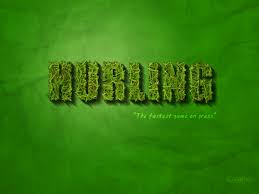 Ros Glas club was founded in 1974. The club at the beginning started with two teams under 14 and under 16 football. Hurling was introduced through the CBS Boys Primary School. The club catered for both Football and Hurling at under age level and was most successful at both codes. The football clubs took over the running of under age football which left Ros Glas just catering for Hurling. With the success of the underage teams at hurling it was then decided to enter an adult team in the Kildare championship and leagues. To the surprise of longer formed clubs in the County and Ros Glas it self they won the Junior Championship in 1983 and then again in 1986.
This success continued, when we captured the junior league and championship in 2003 and most recently the intermediate championship in 2009 with the minors also capturing championship glory with South Kildare.

Ros Glas won the Kildare Intermediate ?B? Hurling Championship this afternoon (October 25th) beating Leixlip in the final by 1-8 to 0-7 in St Conleth’s Park, Newbridge.

Conditions weather-wise were dreadful for the game and both sides played below their best. Nevertheless, Ros Glas, last year?s defeated finalists, fully deserved to win.

A Niall Kennedy goal about 20 minutes into the game enabled Ros Glas to lead 1-5 to 0-5 at half-time and the Monasterevin side remained in control through the closing 30 minutes with Shane Crabbe and Alan Moloney playing particularly well.

Shane Joyce, scorer of six points from frees and from play, received the man-of-the-match award. He started at midfield and moved to centre-forward after Alan Moloney was switched back into defence following an injury to Ken Connolly that forced him off the field.

Moloney was one of the other two point-scorers for the winners. Martin Nash was also on target. Leixlip fought hard in the second half but were unable to pull back that Kennedy first half goal.

The wind blew across field and didn?t benefit either team greatly on a day best suited to defences.

Hurling Board Chairman Eddie Lawlor presented the cup to the team captain Seanie Byrne who was outstanding at full-back.

This afternoon?s success for Ros Glas looked a long way off when Broadford beat them convincingly in Donore on August 4th last, but club secretary Patrick Cullen said this evening that the players had put in a big effort at training since then.

The Ros Glas hurlers and team management are now setting in for a long weekend of celebration, the fruits of that big effort on the training field.

There is one other reward from today?s victory! Ros Glas will now, as a result, play in the Intermediate ?A? Hurling Championship next year.